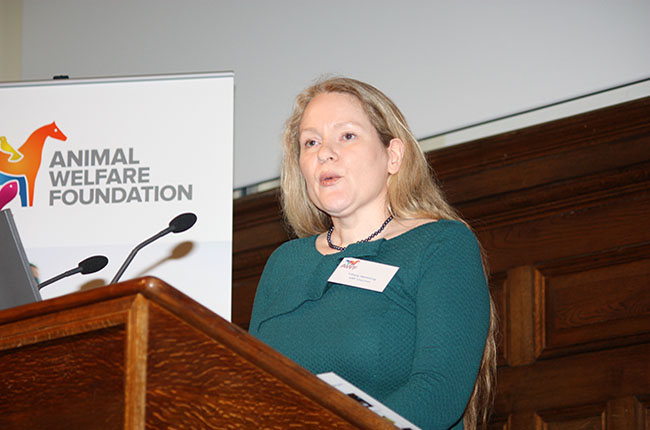 I qualified from Glasgow in 1995 and worked in mixed practice before embarking on an MSc and a PhD in epidemiology at the University of Guelph in Canada. I joined the Territorial Army as a Veterinary Officer and transferred to the regular Army in 2000. The Army offers its personnel the chance to get involved in many activities. It also offered me an opportunity to add new skills to those I had gained at vet school.

It was while I was studying for my RCVS Certificate in Animal Welfare Science, Ethics and Law in 2001 that I was nominated to be the Army's divisional representative to the Animal Welfare Foundation (AWF). I have attended the charity's annual discussion forum ever since, missing only one when I was working in the USA. I even managed to time my leave from Afghanistan to attend in 2010.

It was through such events that I found myself getting more and more interested in the work of AWF. I applied to become a trustee when I returned from Washington DC, in 2006, and it was in my final year as a trustee that I got the opportunity to become chair. I was very fortunate that my fellow trustees selected me and it's a role that I have loved and will miss. 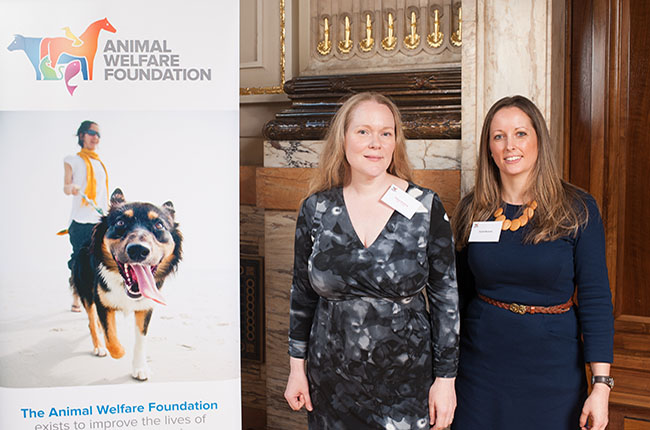 The AWF is run by the veterinary profession and it seeks to improve animal welfare through education, research and debate

The AWF is a small charity that does big things. The BVA set up the AWF in 1983 as an independent charity, having received a substantial bequest. The charity is run by the veterinary profession and it seeks to improve animal welfare through education, research and debate. We achieve this in a variety of ways:

Role of the chair

As chair, I lead the charity and drive our strategy, supported by two members of staff and my fellow trustees. I attend BVA Council as an observer to report on AWF activity, and provide reports of the charity's activities for the BVA Board.

I go to meetings of the All-Party Parliamentary Group on Animal Welfare when time allows and I am invited to various animal welfare events, where I get the opportunity to learn about other areas of animal welfare and share news of AWF's work.

I am also heavily involved in our major projects: we are currently working on educational material for the LINKS project, which looks at the link between human and animal abuse, as well as updating the puppy contract.

The hardest part is having to say no to funding research projects that we would have liked to fund but there were insufficient funds. Nearly all of our funding in recent years has come from the Norman Hayward Fund, which restricts research to that involving cattle, sheep and horses.

As a charity, we would like to fund research into other species, in particular small animals. We have just begun spending money on a small scale in this area, but could do so much more if we received more donations that would allow us to do so. AWF has recently recruited a full-time fundraiser, who we hope will be able to help in this respect.

AWF recruits regional representatives to help with our work. We'd be happy to provide more information about the charity to anyone who is interested – we are always happy to have extra support.

Our trustees serve for three years and a maximum of two terms and we recruit new trustees every year. In doing so, we look for balance with the rest of the trustees. We also want trustees who demonstrate a strong interest in animal welfare.

Six years ago, my predecessor told me to remember to enjoy my time as chair because it would pass in the blink of an eye, and he was right. I have enjoyed it and I will really miss it, but I have managed to achieve all that I set out in my manifesto when I became chair and it is time to pass the baton to someone else to take it further still.