A career in research on bacterial diseases of animals 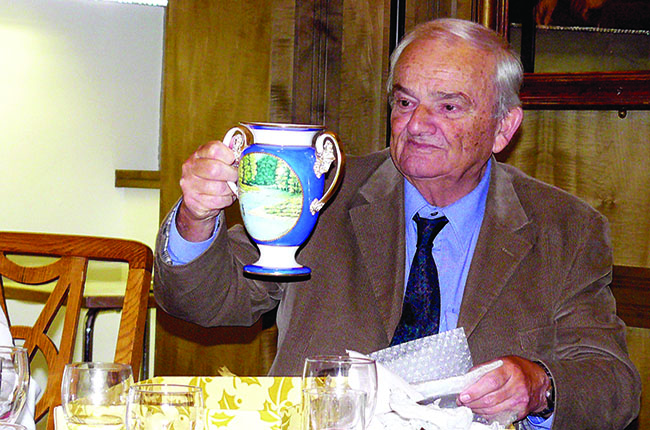 I have never regretted a moment of my career in research; however, without good advice at just the right time, that decision would probably never have been made.

I qualified from the Royal Veterinary College in 1953 and in 1954 went to Manchester university to join the DipBact course. It was a one-year course, limited to a maximum of 12 postgraduate students. Most of the teaching was provided by esteemed professors. I was particularly influenced by David Gwynne Evans (later Sir David Evans CBE, FRS) who was a superb bacteriologist, research worker and teacher.

A career in research

Towards the end of the course he suggested that I should consider a career in research on bacterial diseases of animals. My immediate reaction was that I knew nothing about research or where to begin. He said: ‘It's easy. All you have to do is to keep trying one thing after another after another. In my experience, it doesn't seem to matter what you try, but if you keep on doing this, sooner or later something interesting will happen.’

In 1955, at the age of almost 26, I joined the staff of the Moredun Institute, with no research experience, but lots of enthusiasm and energy. For 18 months I did as Dr Evans suggested and I tried one thing after another after another. Then one morning, I discovered that I had achieved – completely by accident – a perfect experiment. Viable counts of broth cultures of 12 randomly selected isolates of Pasteurella haemolytica showed that three of them (all from lamb septicaemia) had counts much higher than the other nine (from adult sheep pneumonia). Therefore P haemolytica, which had previously been considered to consist of a single type, actually consisted of two types which, although superficially similar, were distinct (Smith 1961). The institute's director and I were equally excited!

Working in Tanzania and London

In 1961, I married Jenni and we went to Tanzania for a three-year appointment with the Food and Agriculture Organization of the United Nations (FAO), where I was to help run a new veterinary laboratory. This enjoyable experience was followed by a move to the Zoological Society of London where, in 1975, I became head of the Department of Infectious Diseases in a new institute, initially called the Nuffield Institute of Comparative Medicine and, subsequently, the Institute of Zoology. I remained there, having later been made deputy director, for the next 30 years, until I retired.

My 30 years at the zoo were spent doing what I enjoyed best, namely research on bacterial diseases of animals and man. My method of selecting topics for investigation changed from being largely random to much more focused as my experience grew.

The areas of my research included:

As a research worker I was happy to be asked to take part in related activities away from the laboratory. I was an external examiner in veterinary microbiology in London for 10 years, Edinburgh for eight years and Harare for two years.

I was a member of the editorial board of the Journal of Medical Microbiology and the Journal of Comparative Pathology (1967 to 2007 and chief editor from 1992). I was proud to be associated – as a volume editor and contributor – with the 7th and 8th editions of Sir Graham Wilson's famous textbook on bacteriology, virology and immunity (affectionately known as Topley and Wilson).

When I reached the age of 65, I would have welcomed a little more time in research, but as this seemed out of the question, I concluded that, apart from continuing to edit the Journal of Comparative Pathology, perhaps the time had come to look forward to the peace and enjoyment of retirement.