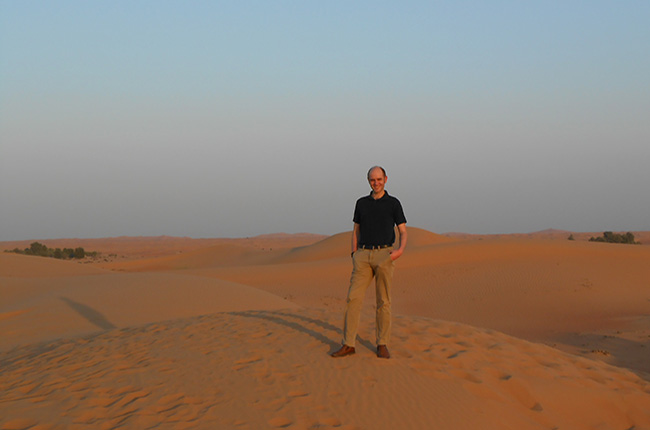 Despite a lifelong ambition to be a vet, my A levels dictated that I would have to take the scenic route into vet school, beginning with a first degree in animal science that was followed by a masters degree at Liverpool.

Discovering a love for parasites

At the time, my studies felt like a means to an end – to be a vet – but it was during my masters that my eyes were opened. Parasites are amazing!

Back in 1996, the parasitologists at Liverpool brought parasites to life, and practical labs opened up a whole new world of diagnostics and faecal examinations. Once you’ve examined a Madagascan native’s faeces for helminths, there’s no going back! Parasites are fascinating (really) in their lifestyle adaptations and stubbornness to survive despite our best efforts to eliminate them. I am someone who enjoys chess, so the strategy involved in controlling them appealed to me – sometimes it feels like a game of ‘cat and mouse’.

My time at Liverpool also taught me that parasites can cause tremendous morbidity and death to millions of animals and people around the world, and parasite control seemed to me to be an area where even small interventions could make a big difference.

As my masters came to an end, it seemed that I would have to choose between a career as a vet or doing a PhD to continue parasitology research. The elation I felt when I was accepted at Glasgow vet school after years of trying made that decision for me and it seemed that parasites would have to take a back seat, despite a good friend and colleague Eric Fevre telling me: ‘You’ll always be a parasitologist first!’.

Vet school was fantastic although a week spent sinking into windswept muddy fields in Lanark, while flailing in empty spaces where farm animals had once been, suggested that companion animals were going to be my vocation.

As well as this revelation, I met Alan Wolfe, a fellow student who had done a summer research project on Toxocara species. He had become convinced that human exposure to this zoonotic parasite was occurring through contact with eggs in dog fur, rather than from soil. This was a controversial theory to say the least, but he had built a convincing circumstantial case from the literature and was looking for a coauthor to publish the idea. ‘Let’s look for the eggs!’ I suggested, and we started a six-month project using a microscope, some sieves and washing up liquid.

With the help of Gerald Coles at the University of Bristol, the project was completed and I can still remember the sense of wonder when we found our first embryonated Toxocara egg in dog fur.

We had completed this bit of groundbreaking research mostly at vet school with very little in the way of funds or resources, which presented me with the question: ‘Why can’t I be a vet and continue to carry out research into parasites in practice?’.

Back then, practice-based research was little more than an idea, but fortunately, I have had very tolerant bosses. My first bosses were great in terms of nurturing my fledgling veterinary career while letting me run around collecting faecal samples for research purposes! 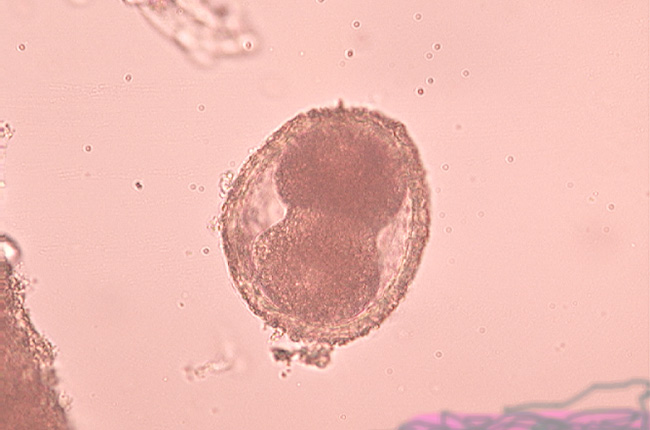 It is only when you start a career as a vet you truly find out whether you are going to enjoy it and I do love veterinary medicine. Like many vets, however, I find it stressful at times and having an outlet in another career branch has been tremendously helpful.

I moved to Lancashire to be closer to my girlfriend and future wife Rebecca in 2004. It was here that I started designing my first piece of in-house research. This was an intestinal nematode prevalence study, particularly looking for Toxocara, which is such an important but overlooked zoonosis, and for which UK prevalence data is still lacking.

This study was a success, providing some really useful data (even if I say so myself). Encouraged, I continued to research nematodes and ticks in practice.

The beauty of ticks, fleas and intestinal nematodes is that their prevalence can be established in pets quite easily in practice as the first two are easily checked for, and faecal floats – while having their limitations – can cheaply and easily provide data on the last.

I got married in 2005 and children followed. Wanting more flexible working, I moved practice again and found another very understanding boss.

Working as a vet had really brought home to me that while flea and worm treatments were an integral part of practice sales, there was a lack of appreciation among many pet owners and veterinary professionals as to why parasite control was important.

I love writing and talking about parasites and flexible hours meant I was able to start writing articles and giving lectures. These were often sponsored by drug companies or paid for by journals, enabling me to cut back on my vet hours slightly to spend more time on parasite-related work.

I was invited to join the European Scientific Counsel Companion Animal Parasites (ESCCAP) UK and Ireland in 2013.

This parasite advice organisation fitted my own objectives and passion for parasites like a glove. Through it, I could expand my lecturing and article writing activities, while also receiving a small honorarium.

I have subsequently been elected as head of the national organisation and am guideline director, which means overseeing the publication of guidelines offering parasite information and control advice. Being so heavily involved is a wonderful experience, enabling me to travel nationally and internationally, working with European colleagues, drug companies, councils and veterinary organisations to get the parasite control message out to the profession and the public. It has put more pressure on my time though, often with periods of time away from home.

Being guideline director also means managing disagreements and lively debate between colleagues from across Europe, who often have very different viewpoints, both culturally and geographically. There is never a dull moment.

ESCCAP UK and Ireland at the London Vet Show

Five years ago, the owners of Mount Veterinary Practice – where my wife was working – announced they were retiring and offered us first refusal on the practice. We took the plunge and are now practice owners as well. All of this has made work-life balance a challenge.

Our work and family commitments keep us very busy. Between us we have the practice, ESCCAP, two children and our dog Bella, as well as my wife’s online quilting business. Sometimes this can be very stressful, but I am lucky to have a loving, supportive (patient) wife to share the roller coaster and our children are understanding about my globetrotting. They have taken an interest in my work as well. A few weeks ago, I told my eldest son that I had brought back a little gift for him and he asked ‘Is it a live tick!?’ – that’s my boy!

I have found though that having a second career has had advantages as well as satisfying my love for parasitology. The income it provides has allowed me to split my time between being a vet, running ESCCAP and meeting my other lecturing, research and CPD deadlines. This flexibility has helped at times to juggle other commitments, but also acts as a buffer from the stresses of being a full-time vet. It is hard work but rewarding.

Many people thrive off the cut and thrust of daily vet practice life, but other vets struggle and I would encourage them to explore career diversification, while remaining in the veterinary profession.

Evidence-based research in practice is possible, and clinical information from veterinary professionals on the front line is vital to help the profession adapt to rapidly changing epidemiological situations, both in parasitology and the wider world of infectious disease.

There has also never been more opportunity with social media, blogs and veterinary media to write about what you love and possibly receive some income from it while winning hearts and minds.

I have found a second career running alongside my job as a vet tremendously rewarding and the challenges of rapidly changing parasite distributions and Brexit are just round the corner. For anyone considering diversifying while working as a vet I’d say go on, put your toe in the water and see where it takes you.