At a career crossroads, wondering which way to go 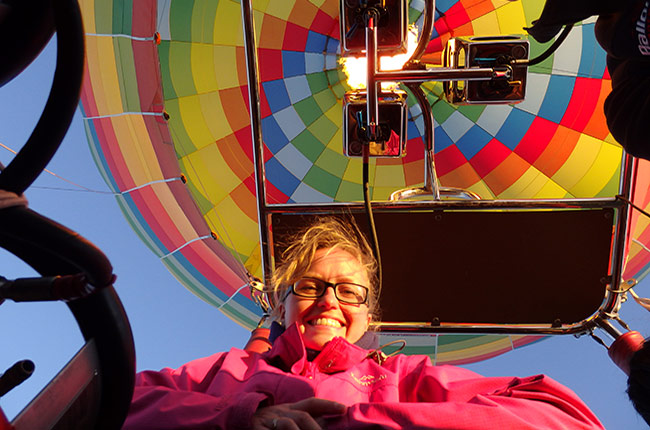 I announced that I wanted to be a vet at the age of eight. Apart from a small wobble in my teens (when I wanted to be a pathologist, inspired by Midsomer Murders), it never really occurred to me to pursue anything else.

My supportive family made sure I was always on a friend’s farm in the Lake District for lambing time, and my sister dutifully lined the seats of her car with bin liners to take me milking at 5 am. It was hard work, of course, but it all paid off in July 2011 when my dream was realised and I graduated into the profession I’d always aspired to join.

The first six months after graduation were testing. I must have applied for 50 jobs and attended half a dozen interviews, but I always lost out to someone ‘with more experience’. It was enormously frustrating, but it seemed the market was saturated with job seekers for mixed practice. Finally, at the end of the year, I received a job offer from a practice in Stratford-upon-Avon, and started the next month.

It was a steep learning curve. Quickly I was out on farm calls alone, putting into practice the medicine and surgery I’d been taught, but also having to learn a brand new set of communication skills on the job. I kept textbooks in the boot, going back ‘to fetch something’ I’d forgotten and buying myself time to make a plan.

The consulting room was another baptism of fire: five-minute consults for most cases really made me learn how to think fast and develop a rapid rapport with clients.

After a year where I felt at times like I was spreading myself a little too thinly, I decided to follow more of a production animal path. I considered an internship after seeing a few days of practice with a friend at a prominent farm veterinary group, but I admit the drop in salary was too much of a drawback for me. I elected to stay in general practice, and accepted a job at a family-run practice in Yorkshire in the summer of 2013.

I had such fun in the two years I spent there, driving around the spectacular countryside in my 4 x 4 and working with a young team of vets and vet nurses who became good friends. The increase in farm work was exactly what I’d been looking for, and I enjoyed fertility visits and driving an hour to the Scarborough coast for some calls. I loved the town where I lived, the cycling, and the wide skies of the North York moors, and even the quality assurance pig work.

A combination of factors led me to move on, however. I was slowly starting to feel that I wasn’t up to the challenge of being a mixed practitioner. I needed to specialise in one area, rather than trying to be a Jack of all trades.

I was also getting increasingly itchy feet and my desire to see something of the world was growing stronger. I could ignore it no longer. I handed in my notice somewhat reluctantly, left my cat with my best friend and my life in storage, and headed to Australia.

Veterinary work helped to fund my travels, but I chose to stick with small animal work as it seemed an easier option than practising as a farm vet overseas. I was also tired of being kicked and squashed by cows, and was looking forward to a life less injured!

I spent a wonderful year as a locum, working for a few weeks, before moving around and spending the money I’d earned. I saw cases I would never have seen in the UK: snake bites, dingo attacks and toxicities from cane toads to cycads. Charity neutering work gave my surgical confidence a boost, and the extra pay for seeing out-of-hours cases was most welcome. I found it easy and fun to slot in to new teams while exploring towns I might not have visited on the tourist trail.

I had some unforgettable experiences both in Australia and on the three-month solo camper van tour of New Zealand that followed it. I learned to scuba dive on the Great Barrier Reef, skydived with honeymooning university friends, and walked on glaciers. Waiting until this point to travel worked perfectly for me: I was confident enough in my skills to practise overseas with minimal support, and earned much more than I could have done as a casual worker.

By the end of 2016 I was looking forward to coming home to friends and family (and my cat), but the reality was a shock. I was sad to leave my pretty amazing lifestyle behind (although I didn’t want to stay there permanently).

When I got back to the UK, I got a job in small animal practice, but I lasted only a year. I couldn’t adjust to being on someone else’s rota, taking my holiday when it suited everyone else, and having to work weekends. I developed an almost paralysing fear of out-of-hours work, dreading it from the day before, and being highly anxious about whether I’d be capable of managing whatever might happen.

My mental health began to suffer: I was irritable, exhausted, and far from the cheerful person I’d been just a few months before. I did the only thing that made sense: I set up my own limited company and left to become a locum. That was over two years ago now and I’m certain it was the right thing to do. I couldn’t have stayed in a permanent job, no matter how wonderful the team.

These days I get to enjoy practice on a less complicated level. I make new friends within a team, cultivate relationships with clients and their animals, and practise the basics well. I don’t get involved with practice politics or the bottom line, which were the things I’d hated.

I like going to practices I know, returning as an old friend for a brief period and never getting bored. There are down sides, don’t get me wrong. I’ve had to come to terms with never knowing the case outcome in a lot of situations, and often I don’t see interesting cases through to the end.

The current Covid-19 pandemic has left me in a bit of a difficult spot too, as there isn’t much call for locums when practices are having to furlough their permanent staff.

So I’m spending my time at home, reflecting on what I’ve learned during my veterinary career and how else I can apply my skills.

'As a locum, the Covid-19 pandemic has left me in a difficult spot'

I have a real interest in mental health and resilience, and would love to explore further how we can best support each other in the workplace. I’m keen to find better ways to safeguard my own mental health which, for me, means finding new methods of challenging myself on a day-to-day basis, probably looking beyond the clinic for at least some of my working week. I’ve loved being a vet, but I’m excited to see what else I can be, and now seems like a good time to branch out.

2011: Qualified from the University of Cambridge.