A career as an elephant vet 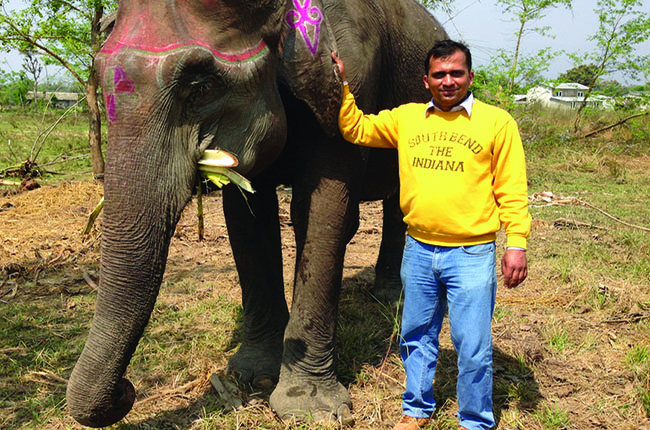 From my early childhood, I loved nature – both animals and plants. One of my earliest memories was visiting the Chitwan National Park in southern Nepal and seeing an elephant for the first time. I was fascinated by their size and intelligent nature. I knew then that I wanted to work with these animals. When I finished my higher secondary education I applied to veterinary college with the goal of becoming an elephant vet. I started reading about them during my leisure time; I wanted to learn about elephant health, conservation and behaviour.

I was successful in gaining admission into the state-run veterinary school in Chitwan in 1999. I studied hard and enjoyed spending time with my veterinary colleagues. During my fourth and fifth years in vet school, I was selected to work on joint research projects on elephant and wildlife health. The projects were run with vet students from Tufts University in the USA who were on a ‘summer abroad’ programme. This proved to be a stepping stone and, straight after graduating, I became a research assistant for another research project that involved studying tuberculosis (TB) in elephants and their handlers – again in Chitwan National Park. This was a large collaborative project between my veterinary school, the North American charity Elephant Care International and Tufts.

Building a career around elephant health

I then joined Nepal's second veterinary school in Kathmandu as an assistant lecturer, teaching zoo and wildlife health, veterinary pharmacology and anatomy to undergraduate students. I enjoyed working with a younger generation of veterinarians and playing a role in their future careers.

During my first year I was offered a position as a veterinarian working for Nepal's elephant healthcare and TB surveillance programme. The opportunity to work with captive elephants in Chitwan National Park was my dream job and I accepted immediately. The programme was a multi-institutional collaboration between Elephant Care International, the World Wide Fund for Nature and Nepalese organisations, including the National Trust for Nature Conservation,the Department of National Parks and Wildlife Conservation and the Institute of Agriculture and Animal Science, Tribhuvan University.

Some of the domesticated government elephants used for patrolling the national parks had died of TB, which raised concerns about the status of this disease in other captive elephants, as well as the possibility of transmission to the wild elephants living in protected areas. As a veterinarian, my primary responsibilities included the diagnosis and treatment of TB in captive elephants as well as monitoring their response to treatments.

Field work involved travelling to protected areas in southern Nepal and collaborating with stakeholders. As time went by, I was able to hone my communication skills disseminating scientific knowledge to the general public. I also got a golden opportunity – the chance to work with renowned Nepalese wildlife veterinarian Kamal Prasad Gairhe. He was instrumental in improving my skills and knowledge on health-related issues of elephants and local wildlife.

Another aspect of my job was to conduct elephant ‘health camps’ assessing the health status of government-owned and privately owned elephants on a regular basis.

In 2010, I completed a Masters degree majoring in pharmacology from the same vet school in Chitwan. I remained there as a lecturer for six months teaching veterinary pharmacology to undergraduates.

In addition to gaining clinical experience with a focus on elephant health, I wanted to develop my skills and deepen my knowledge of TB, so I began looking for PhD training abroad. Eventually, I received a scholarship from the Japanese Ministry of Education, Culture, Sports, Science and Technology to complete a PhD under the supervision of Professor Toshio Tsubota in the Laboratory of Wildlife Biology and Medicine at Hokkaido veterinary school. One of Professor Tsubota's research interests is zoonoses, including TB in elephants. Additionally, as Hokkaido has more than 10 national and quasi-national parks, I felt fortunate to be in such a beautiful place. 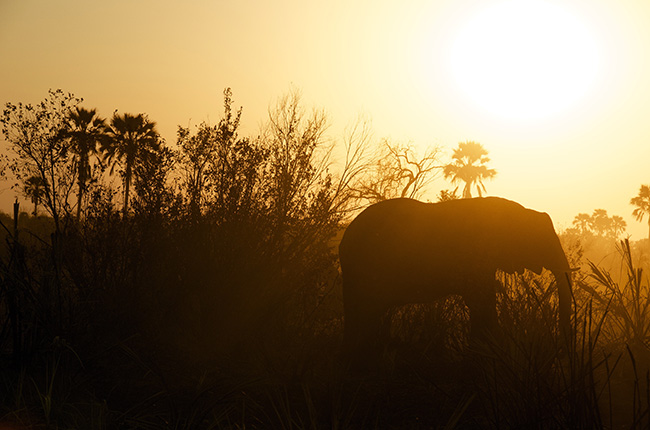 With excellent supervision from Professor Tsubota, I successfully completed my PhD, with my thesis entitled ‘Studies on genotype and diagnosis of tuberculosis in Asian elephants (Elephas maximus) of Nepal’. I also collaborated with Professor Yasuhiko Suzuki and Dr Chie Nakajima from Hokkaido University's Research Centre for Zoonosis Control. With their enormous support it was possible to carry out genetic analyses of TB isolates from elephants and develop an interferon-gamma release assay in Asian elephants.

As a result, I published papers on TB studies in elephants and their handlers in peer-reviewed journals. Through this work, I isolated Mycobacterium tuberculosis from three elephants that had died of suspected TB. Molecular characterisation revealed that the M tuberculosis isolates belonged to the Indo-oceanic lineage that is also found in the TB-infected human population in Nepal. My work demonstrated the transmission of TB at the elephant-human interface. I carried out TB screening of the elephant handlers in Nepal in 2013; fortunately, all the tested handlers were negative on acid-fast staining and culture.

I have presented my research findings at six international conferences in the USA, Thailand, Vietnam, Nepal, India and Japan. During my PhD, I also spent one month as an intern at the One Health Institute at the University of California-Davis in 2014, learning about the detection of emerging pathogens in humans, domestic livestock and wildlife. Jonna Mazet, the executive director of the institute, supervised my training, which, in turn, was supported by Hokkaido University. I was able to build a strong network of collaborators who are using a One Health approach to solving major health problems.

After completing my PhD, I was still eager to learn more about elephant TB and had developed a keen interest in the entry mechanism of TB bacteria into host cells, in particular, the host cell machinery that is used by mycobacteria to enter mammalian cells.

Since October 2016, I have been assistant professor at the Department of Cell Physiology at Hokkaido University Graduate School of Medicine, under the supervision of Professor Yusuke Ohba. His laboratory specialises in cell physiology, looking at the entry mechanisms of different pathogens in host cells.

I'm working on cytoskeleton-related proteins with the aim of gaining insights into the mechanism that the TB bacteria use to enter host cells. I am engrossed in a new working environment at Professor Ohba's lab and with his guidance, I'm learning a great deal about biomedical science. Being welcomed into an excellent research environment makes it easier to achieve a good balance between personal and work life.

I have been in Japan for over five years and I'm really enjoying it – I'm consistently amazed by people's work ethic and dedication to their studies. I hope my findings will contribute to understanding the process through which Mycobacterium species enter mammalian cells. Hopefully, my findings will help in the development of targeted drugs that will ultimately lead to the prevention and control of this disease that is so devastating at the human-animal interface throughout the world.