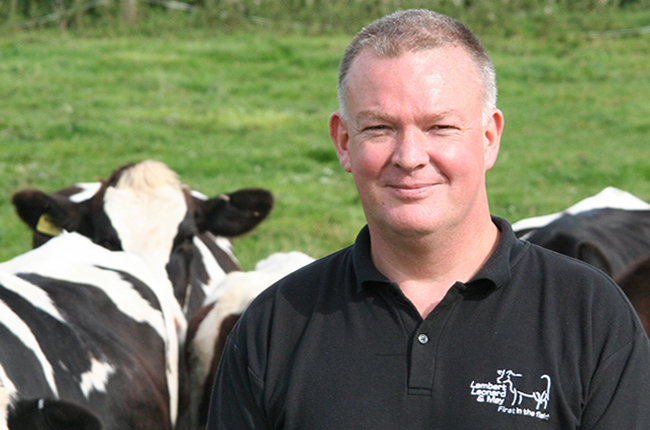 After the foot-and-mouth disease outbreak in 2001, concerns were raised about the future sustainability of practising farm vets. The parliamentary Environment, Food and Rural Affairs Select Committee highlighted a disconnection between the Government's dependence on farm veterinary surgeons and the attractiveness of a career in large animal practice.

Supply of farm vets in the UK

Responding to the committee, the Government asked Westley Consulting to research the factors underlying the supply of farm vets in the UK. The work was carried out between January and March 2004 and involved discussions with professional organisations, vets in practice, vet schools and farm business consultants.

It was clear from the research that many prospective and new graduates were open to becoming farm vets initially, but after graduation many had become disillusioned and moved to other sectors. The reasons given included a poor work/life balance, poor arrangements for family friendly working patterns, onerous out-of-hours commitments and poor support during the working day.

These findings resonated with our own experience. Around six years after having become established on a platform of offering farm-only expertise, our practice – on the border between Cheshire and Shropshire – was struggling to match the expectations of our growing client base with the availability of new veterinary staff. A casual glance at the recruitment pages of Veterinary Record was enough to suggest that demand was significantly outstripping supply. We therefore made a number of changes to address the problem.

The first step was to reflect openly on the issues already mentioned. We reviewed our working practices in the light of some of the Generation Y and Baby Boom research carried out at Harvard by Sylvia Hewlett, which had been presented by Mark Bryan and David Black in a paper at the World Buiatrics conference in 2010 in Chile.

The first was referred to as ‘Odyssey’. Young talented professionals are drawn to opportunities that allow time out to explore passions, hobbies and good works. We had already established support for members of the vet team who wished to take short, mini-sabbatical periods of leave. For example, one colleague had been allowed extra time off to complete an RCVS certificate, while another had undertaken a Nuffield travel scholarship exploring information transfer in dairy markets around the world. Modern graduates see such breaks as opportunities to expand personal fulﬁlment, as they often have a long-standing wish to explore personal hobbies and passions or to volunteer.

The second area identified in the research was having shared vision and values within the business. The modern talented professional shares a heightened sense of obligation to make a positive contribution to society and to the health of the planet. Well over five in every six say that it is important that their work involves ‘giving back’. Luckily, this element is easily provided in a typical farm practice.

Modern professionals also like to achieve more of a sense of balance and control of their own working hours. Traditional office-based businesses look at facilitating this using ﬂexible hours and remote working. Within the veterinary practice we looked at addressing the backlog of paperwork that can build up and at the obligations of the out-of-hours rota.

A further element proven to be critical to job satisfaction is the role of mentoring. Over three-quarters of the Generation Y people asked during the research said that they enjoyed working with older people. Again, in the small teams that exist in farm practice this component is simple to provide. Discussions regarding best practice for farm service are easy to instigate with an open plan working environment and Lambert, Leonard & May, like many other farm practices, has regular monthly team meetings, a weekly clinical club and a Friday five-o'clock social gathering.

One new component that has helped to bridge potential barriers between owners and employed vets has been a winter series of business training seminars. Operating data and business planning discussions are shared with the whole clinical team so that everyone can build a greater understanding and possibly a sense of shared ownership for the philosophy of the practice.

Money not the only factor

Finally, young professionals often share a sense that ﬁnancial gain is not the only reason to join or stick with an employer. The research showed that four factors were rated as at least as important as money. These were:

Research evidence confirmed that women, in particular, place high importance on receiving recognition for a job well done. In this respect, we recognise that we frequently fail to do as much as we would like. However, we do now operate a series of monthly appraisals and reviews for recently recruited vets, with quarterly appraisals once the vets become established.

Once these systems had been implemented, the practice then made an active effort to go out to the universities and meet with prospective graduates. We found that many were being warned that farm practice was in decline and even the staff working in the farm divisions of the colleges were negative about veterinary futures in farm animal practice. We told the story of our practice growth and highlighted some of the more flexible aspects of working in a farm-only environment. We even published a ‘prospectus’ describing the working lifestyle we aim for and distributed this to interested students and in response to job inquiries. We also developed a specific website called Farm Vet Jobs to further promote the approach and allow download of the prospectus.

Over a six-year period we visited all universities two to three times, speaking with the final two years of undergraduate students who had an interest in farm practice. In the same period, we worked hard to improve the experience of students seeing practice and to ensure that we treated all students with the respect that we would observe for any colleague within the business.

The final component of the recruitment strategy was to accommodate the needs of a new graduate once they had been attracted to the business and selected. To this end, we devised a period of induction that we promoted as being a clinically based internship. We actively avoided aligning the programme with further university accreditations but instead focused more on the application of the knowledge that had been acquired through undergraduate learning.

We appoint a mentor for the intern and arrange weekly one-to-one seminars to support further development. The intern is never without support being available at short notice during the day and can take out-of-hours calls alongside a more experienced clinician until all parties are confident that the intern can work independently with confidence. The whole process is also promoted to the farming community so that it feels involved and has a stake in the progression of the new vet team.

A total of seven new graduates have joined the team as dairy interns and in most cases they have continued after their first year. Our clients have become used to the process and understand the reasons why we recruit new graduates. We have certainly found no shortage of excellent candidates.

The options for flexible working are only practicable because we have a large team of vets but it also required our business owners to recognise that the younger generation is motivated in different ways. It is not sufficient to recall one's own experiences and we had to accept our need to adapt and change to meet the changing preferences of the new working generations.