I first decided that I wanted to be a vet when I was eight years old and still at primary school. Why? Because I was devoted to our dog, Jet, a large, extremely docile dog who could carry me or my sister on his back. I had seen the vet, Mr Moore, look after Jet and had decided that this was something that I would like to do. Then, aged 13, I approached Mr Moore about a Saturday job and that is how I started.

My pay was 50 pence for four hours’ work. I helped clean out kennels and I particularly learned a lot about how to handle animals correctly. For example, knowing how to lift animals with severe injuries, such as a broken leg, was especially important. I learned to let the injured limb hang free and not to try to support it as that tends to inflict a lot of pain. I used things that I learned in the six years that I worked at Mr Moore’s practice throughout my entire career. Most memorably, I learned a highly effective way of giving a tablet to a cat, something I was not taught at vet school. I demonstrated this method to cat owners literally every single day of my career from 1981 to 2012. All this was undoubtedly worth an awful lot more than 50 pence!

My real point is that it’s important to gain knowledge well before university. Hence, this is my first piece of advice. Try to attend a veterinary practice to observe the work done… it might not be quite what you expect. In fact, my Saturday job got me into university in the first place. When taking my O-levels (as the exams were known before they became GCSEs), my Physics teacher told me that I was not good enough to get into vet school so I should consider doing something else…Did I change my plan? Not likely! I had thought about it for nearly 10 years, so I simply ignored him.

I started at Liverpool university in 1976 and qualified in 1981. My career was honoured in 2015 when I was recognised as an Advanced Veterinary Practitioner in two areas, Sheep Health and Animal Welfare. Sticking to your dreams can work out sometimes, as I have found.

Initially, I did not think about being a vet on farms, having just owned dogs in our family (plus my sister’s pet mouse, Twinkie), but I was advised to get experience on farms before starting at Liverpool. I worked on a dairy farm for a couple of months in the summer of 1976, one of the hottest summers on record. Ed, the farmer, was very kind in taking me on when I had zero experience, but it worked well and I enjoyed my time on his farm a lot.

After starting at university, it was important to get more experience on farms and at stables to learn about normal, healthy animals, particularly their behaviour. This had to be done during university holidays. I had a mostly enjoyable time working on a sheep farm in Cheshire, for example, despite the flooding on the farm at that time. Only one person fell into a deep pool of water when chasing a ewe and it was not me!  (Sorry Kevin, I have almost stopped laughing about it now. Almost!)

There are certain skills that are good to have when you’re a vet, particularly the ability to communicate with people. When I was still a teenager, Mr Moore told me that, as a vet, you are treating animals, but you are dealing with people. It is crucial to be able to explain veterinary matters in simple language and not bamboozle clients with sophisticated veterinary names and terms. While working for Mr Moore, I learned the sorts of questions to ask owners to find out things that would help me work out what was wrong with their animal. Importantly, I also learned how to deal with upset owners, something that you inevitably have to do as a vet.

'As a vet, you are treating animals, but you are dealing with people'

Perhaps it goes without saying for a degree lasting five or six years, but a good memory is essential. The ability to do mental arithmetic is also a useful practical skill because you will need to calculate dosages of medicines for various sizes of animals. Calculators can be used of course, but you don’t put your brain down somewhere and forget where you left it!

It is also important not to be squeamish when watching operations or postmortem examinations after a death (you never forget the smell of some conditions either).

If you ultimately want to own a veterinary practice, then an interest in learning some business skills will be vital, otherwise your practice will not survive for long. 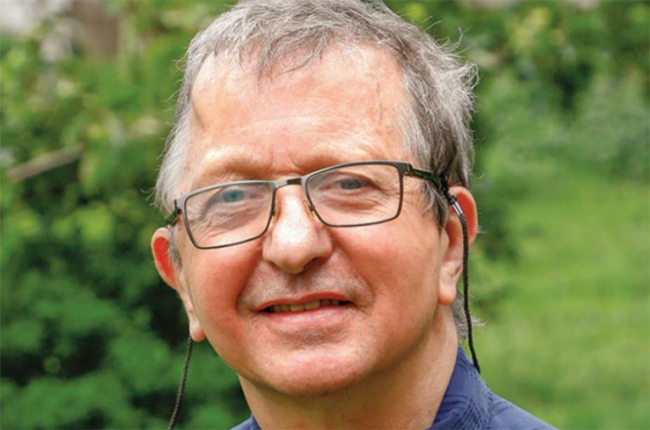 I loved clinical work with animals and over time I discovered that I found work in mixed practice more interesting than working with small animals only (although the occasional exotic pet or wild animal would brighten up my day). I enjoyed being out and about on farms more than being inside all day. Consequently, on many days, I would work on farms in the mornings and catch up with small animal cases in the afternoons. Variety was indeed the spice of life!

What about a typical workday? I’m not sure there is such a thing for a vet. I tended to start work between 8 am and 9 am, although if I was on call for emergencies at night, my days could start much earlier than that.

But, although demanding, life as a mixed practice vet can be incomparably rewarding in the satisfaction stakes.