A picture is worth a thousand words 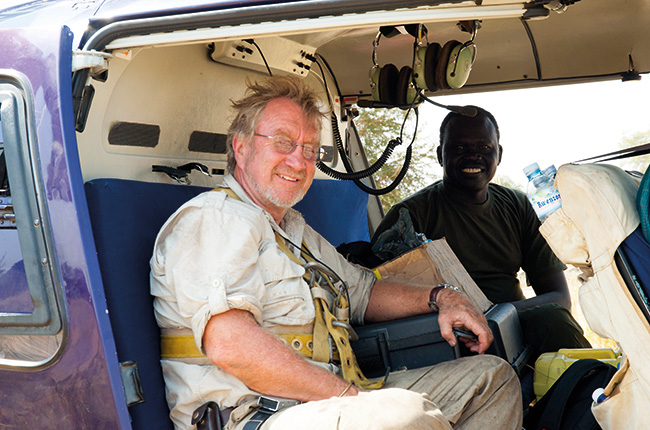 I am a wildlife veterinarian and have been for 40+ years; I am also a writer and storyteller, and in the latter stage of my career, a publisher.

Photography has been part of my life since I graduated as a veterinarian. It has been my diary and has reinforced the mantra ‘a picture is worth a thousand words’ – it has formed an integral part of my time as a vet and my future as a writer.

My decision to pursue a veterinary career had its origins in my childhood in Africa, which was where the seeds were sown for my future.

I trained at the Royal Veterinary College, where my younger brother, a Cambridge graduate, is now professor in wildlife health and emerging diseases.

'My intention was always to work my way back to Africa'

After qualifying in 1976, I worked at the Beaumont Sainsbury Animal Hospital for two years as an intern before applying for a residency in surgery at the University of Pennsylvania School of Veterinary Medicine in the USA. I surprised myself when I was offered a place in 1978. Although I completed the residency, my professional heart lay elsewhere and my intention was always to work my way back to Africa.

I then applied for a residency in zoo and wildlife medicine at the School of Veterinary Medicine, University of California, Davis (UC Davis) – a pivotal career move. Here, my career as a wildlife vet started under the tutelage of Professor Murray Fowler, the doyen of zoological medicine in the 1970s and 80s, and beyond.

This residency and then a masters in epidemiology (MPVM) at UC Davis were career changing. They opened a whole new professional world that eventually covered three continents and many countries in Africa. 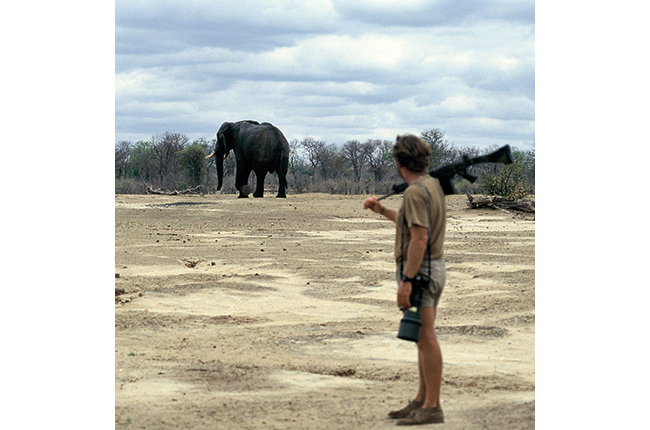 I worked with charismatic animals like elephant and rhino

I returned to Zimbabwe from California in 1988 and my training placed me in an ideal position to get involved in my single most important career goal: to work with free-ranging wildlife in big landscapes, with a wildlife conservation emphasis, and a strong community (people) component.

I worked with charismatic animals like rhino and elephant, used my epidemiology training, applied field skills, and learnt through a One Health lens about people and conservation – these were all crucial to a wildlife vet career that has now spanned more than 40 years.

My MPVM involved analysing data gathered from capturing bighorn sheep as part of a disease surveillance programme in the deserts and mountains of western USA, under the auspices of the California Department of Fish and Game, to evaluate capture methods, stress morbidity and mortalities. The goal was to identify the least stressful method of capture, from using nets to drugs.

Once I returned to Africa, the skills I had acquired were applied to working with black and white rhino in Zimbabwe in the late 1980s and into the 1990s. This was during the days of the rhino wars when rhino and people were dying.

My work on bighorn sheep gave me the skills to be able to understand the impacts of capture and relocation and dehorning in rhino.

Capturing wild animals is a science and an art, and as a wildlife veterinarian I have applied both of these principles actively in the field.

I have been involved for many years in conducting training programmes teaching the capture and restraint of wild animals. As my wildlife career gained momentum, I joined a USA-based conservation non-governmental organisation called the Wildlife Conservation Society (WCS), which had a unique Field Veterinary Program with a global reach.

Working with WCS allowed me to apply my skills from wildlife capture to conservation medicine in 14 African countries. It wasn’t just my veterinary skills that benefited, my photography did too. I recorded many aspects of my work through the lens of my camera, not just animals and wilderness landscapes but people. This offered a parallel development with the transition of conservation medicine into the One Health paradigm. Much of my field work with WCS and its Global Health Program (which replaced the Field Veterinary Program) involved the immobilisation of elephants (forest and savanna) and antelope. My work with forest elephants in countries like Gabon, Congo and Cameroon was an absolute highlight. It was incredibly tough work in an unforgiving tropical forest environment, but was also a remarkable, humbling experience. 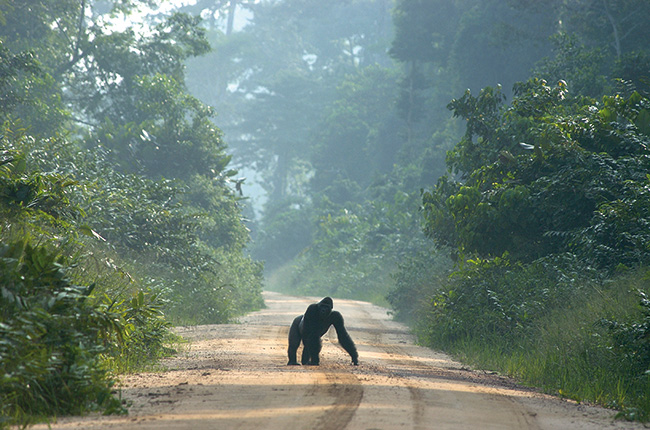 I gained unique field experience and became involved in several One Health programmes in countries like Mozambique, South Africa and South Sudan. What became clear to me was the need to move One Health away from the dominance of disease and pharmaceuticals, to a more holistic approach – health, communities, livelihoods and, of course, diseases and their impacts.

As my camera travelled with me, I was able to record people and their livelihoods, especially the interface between livestock (Nguni cattle are incredibly photogenic) and wildlife.

In the end, I had more than 40 years worth of photographs, from the early days of slide and print film through to the digital age. But, what was I to do with them? Some were historical, reflecting my rhino work in Zimbabwe, while others covered my One Health work in Niassa Special Reserve, northern Mozambique.

In 2017, I decided I needed to tell my story. I focused on my strengths, both in terms of the countries and the species I had worked with, through the pictures I had taken. It had to be a photographic book!

So, in the latter stages of my career I have dived into self-publishing. ‘Through My Eyes: Journey of a Wildlife Veterinarian’ was published in 2019 (just before Covid-19 hit). Its 600 pages and 1400 photographs tell the story of a 40-year wildlife career (www.through-my-eyes.co.za). 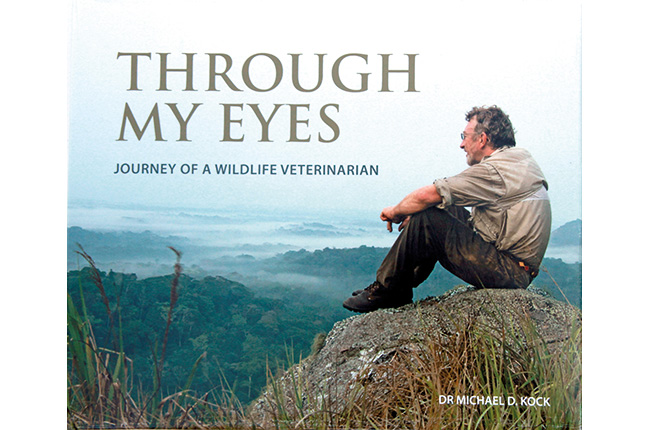 My advice to the next generations of wildlife vets would be to always carry your camera and to remember that, while you will struggle with achieving work-life balance, your experiences will overpower any imbalance: memories become indelibly imprinted and not only in the mind but on the camera.

Would I change anything going back in time? I might work a bit harder on the work-life balance aspect of my life.

'I have enjoyed being a wildlife vet. Without a shadow of a doubt'

If I hadn’t been accepted into vet school, I would have pursued a degree in zoology or ecology, which would have allowed me to embed myself in the wild, but would not have provided half the fun, adventure and opportunity to make a difference as I have enjoyed being a wildlife vet. Without a shadow of doubt.