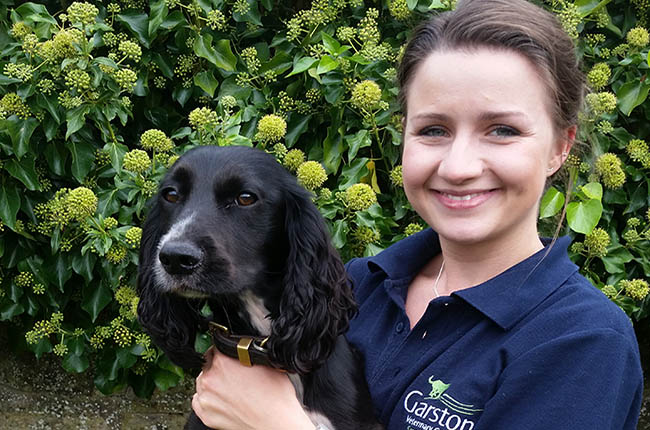 Having been the unfortunate recipient of two angry hooves in March 2018, I found myself sitting in the practice office a couple of weeks later in a somewhat self-pitiful mood. I was off clinics thanks to various broken bones and had been relegated to the admin department for the foreseeable future. I was bored, frustrated and totally disinterested in life behind a desk. Little did I know that this hiatus, which had been so rudely thrust upon me, would end up serving as the catalyst for a complete change in my career and aspirations.

By this stage, I had been in small animal practice for nearly three years. Many of my peer group were embarking on all sorts of impressive internships, residencies and certificates. There was an expectation from university teaching staff, employers and colleagues alike that any young vet with an ounce of ambition ought to be undertaking some form of postgraduate qualification. As far as I was concerned I had already done enough exams to last a lifetime, and a few more lifetimes after that, and so the desire to further my education over and above my annual CPD was non-existent. That, combined with a strong aversion to sleep deprivation, put an end to any romantic notions of specialism for me. However, I still felt that pressure to prove myself, and finding my clinical ‘joie de vivre’ seemed like the only way to do so.

And so I sat in that office, arm in cast, one-handedly scrolling through professional development websites while simultaneously batting away clinical queries from the telephone team, phone permanently wedged between ear and shoulder. I spent many hours like that, reading up on course content and feedback from previous students, until I finally reached a decision. I was going to do the ‘Certificate in Advanced Veterinary Practice (Emergency Critical Care)’ at the University of Liverpool. I had made up my mind – I was going to ask my boss.

Weeks passed and yet I still hadn’t asked; I couldn’t help but feel a sense of reluctance and anxiety about taking this next step. I knew the answer would be yes, so why was I hesitating? Once I had reluctantly acknowledged the frequency with which I suffer from exam-related nightmares, among other revelations, I realised that, for me, embarking on a pathway of academic advancement was very unlikely to accomplish personal happiness or even professional fulfilment. I knew I’d be doing this certificate for all the wrong reasons; namely to meet the expectations of others. Deep down, I think I knew all along that my heart was never truly in my well-intended plan, but the day I was honest enough with myself to acknowledge it was a real turning point.

I emerged from my period of convalescence, having burned several bridges to academic enlightenment, with a renewed zest for life in general practice. I started to take notice of the things I felt most strongly about on a day-to-day basis, including sustainability in practice, pet obesity and irresponsible breeding. Over time it became increasingly clear to me that my passions lay not within a particular clinical discipline, but within wider policy matters.

I joined the British Veterinary Association’s policy committee in September 2019 as its recent graduate representative. As it turned out, my decision to apply was the best career move I have ever made, without a doubt. Within my role on the committee, I have assisted in the development of policy positions, lobbied members of parliament and advised BVA council on policy matters. I have learned an enormous amount about the diversity of our veterinary profession and feel much more accomplished in my skills of discussion and debate. The BVA staff and committee members I have met and worked with inspire me every day and I am immensely grateful to have had the opportunity to facilitate real change with such an exceptional group of people. I finally feel like I’ve found my niche and I’m really proud to be in it.

If you’d asked me on my graduation day ‘where do you want to be in six years time?’ I would never have imagined I would be where I am now. I suspect that my story will resonate with others and I hope that it might serve as a less painful substitute for two angry hooves. The route to specialism is admirable and often regarded as a golden pathway to success, but it is not the right path for all of us. Acknowledging our own personal attributes and motivators, and how they equip us to perform certain roles, is a fundamental part of successful career progression. I encourage you to take the time you need to really figure out where you want to be. And be honest. I promise it will be time well spent.