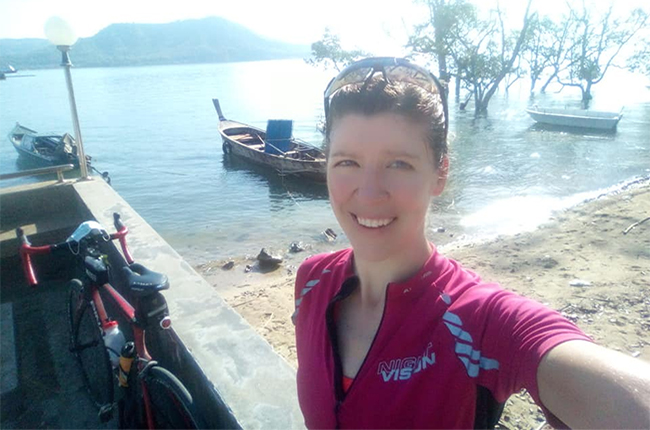 Being a standard small animal vet for 17 years has kept me constantly engaged and, for the most part, has been an enjoyable journey. However, a shift in my personal circumstances left me in a quandary and seeking a change.

It was pure chance that late one night I came across an advert for the role of medical director at the Soi Dog Foundation (SDF) in Phuket, Thailand. SDF is the largest not-for-profit animal welfare organisation in Asia. It is heavily involved in ‘capture, neuter, vaccinate and return’ programmes for street dogs and cats, and is dependent solely on voluntary contributions.

Treatment of sick and injured animals is a vital part of its work and for those animals that are medically or physically (usually missing body parts) unable to return to ‘soi’ or ‘street’ life, shelter is provided. An active adoption programme helps to provide permanent homes for vulnerable dogs and cats.

The advert said that the role required shelter and management experience, neither of which I had. Nevertheless, armed with a veterinary degree and plenty of clinical experience, I applied. I was offered a Skype interview and the chance to sell myself for the role, but decided to visit the charity in person to see what it was all about. One 10-day trip to Thailand later, I came away with a good dose of vitamin D, a feeling of awe for what SDF had achieved in Phuket (notably a rabies-free island, Thailand’s first Animal Welfare Bill [2014], stamping out the dog and cat meat trade in the country)...and a job.

'Armed with a veterinary degree and plenty of clinical experience, I applied for the job'

This kind of extreme diversification in workload presented a challenge, but it’s surprising what soft skills a career in veterinary practice equips you with that can be adapted to most situations.

At Soi, the director is the point of contact for veterinary advice and the person responsible for ensuring protocols and standards are maintained for two hospitals, one for dogs and a separate one for cats. A team of 11 hardworking, dedicated and exceptionally caring vets work in the hospitals, with five more at the shelter.

Applying hospital standards on an exponential scale (with over 200 dogs and 145 cats hospitalised at any one time) and practising evidence-based veterinary medicine was a daunting challenge, but one to be relished.

When I took on the job, I only had my experience of being an employee to go on. I decided to base my management approach on respect, inclusiveness, empathy and a ‘no blame’ learning culture.

Having made a few contacts over the years (via referral of cases) with some rather lovely and exceptionally skilled specialists, my first thought was to provide training for the SDF team through in-house CPD. Fortunately, the lure of doing charitable work (in a stunning location) was irresistible to the good nature of a number of vet friends – Nicolette Hayward, Jo Harris and Anna Beber (of HeartVets in Dursley), Kali Lazzarini (University of Bristol) and Travis Strong (emergency vet hospital VCA 404, Canada). They helped train the local vets in diagnostic imaging, echocardiography, neurology and ophthalmology, respectively. 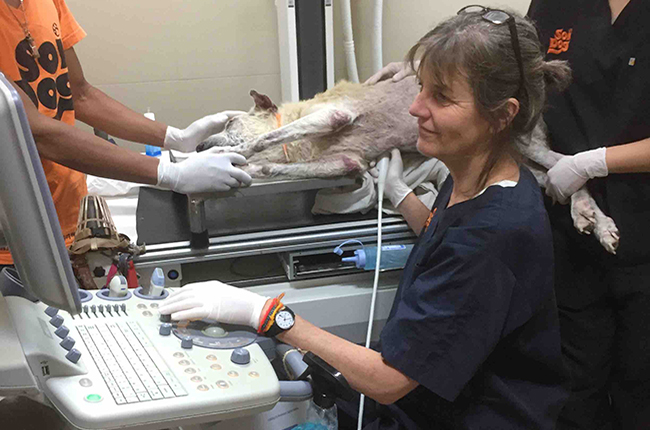 The caseload at SDF is heavy, varied and, inevitably, influenced by Phuket’s unique microclimate and its social and cultural circumstances. Tickborne disease is rife, as is parvovirus, distemper, feline panleucopenia and fungal skin disease. Injuries as a result of road traffic accidents (RTAs) are common (Thailand had the second highest RTA death rate in people per capita in the world in 2019). Presentation with emaciation due to starvation was frequent, usually caused by dogs being rejected by the local community (human), or the local pack (canine). These waifs had a constant battle to find a territory in which they could access sufficient food to sustain themselves. Sometimes they were unsuccessful in doing so.

Education about animal welfare and owner responsibility are prioritised in the fight to improve the lives of the street dogs and cats of Phuket, and cultural sensitivities and practices have to be factored into the approach on welfare issues.

Some animals presented in a shocking condition. I saw maggot-infested wounds that were so extensive it was hard to believe the animal could still be alive, and yet with time, care and medical attention many more of these stomach-churning cases recovered than I ever considered possible.

It was a heart-warming and life-affirming result when these ‘end stage’ cases pulled through and you could watch the character of these dogs and cats returning with their strength on an almost daily basis. 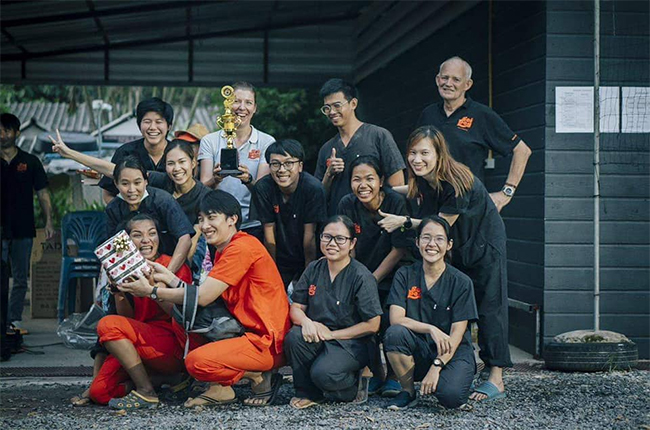 After 15 fantastic months with SDF I returned to the UK. This was sooner than intended, but with a non-transferable UK-based family, an emerging pandemic of unknown duration and a resulting squeeze on UK return flights, a choice had to be made. I would miss the delicious cuisine (a hearty meal of local street food and exotic fruits for less than the price of a lottery ticket), the many opportunities for travel and the exploration and triathlon training-based adventures that this job had offered me.

Arriving back in the UK in May, the effects of Covid-19 were being felt and the veterinary jobs market was less than buoyant. However, after witnessing the daily struggles faced by people and animals in Thailand, it was apparent that the UK offers a plethora of opportunities and support, even in the most difficult of times.

I feel humbled and lucky to have been part of a team that really makes a difference to the lives of the animals of Asia. The job provided me with a purpose and enabled me to be part of the evolution of animal welfare in Thailand.

Applications for the role of director at SDF are being sought until 31 December 2020 – email hr@soidog.org with your CV and a covering letter if interested.