‘Job satisfaction was always my goal’ 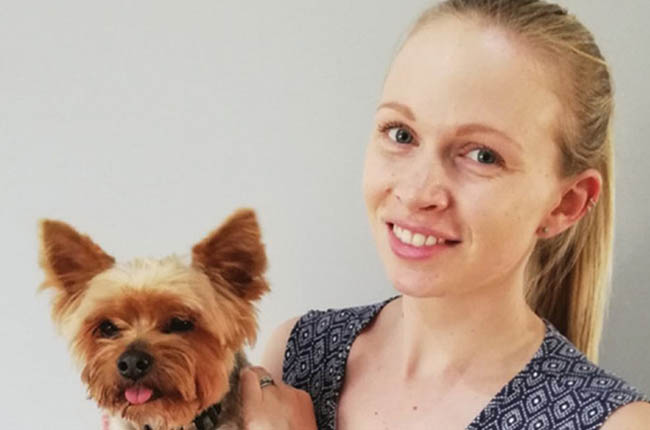 For me, choosing a career was about job satisfaction. Looking back, I could have gone in plenty of different directions.

I studied veterinary medicine at the Royal Veterinary College, mainly because the subject matter was incredibly interesting, rather than being adamant that I wanted to be a vet.

On the first day of rotations in fourth year, when lecturer David Church said, ‘Today is the start of the rest of your lives’, I decided to keep a diary to record the whirlwind of new experiences. Little did I know it was going to be a life-changing year for me.

A few months later, the BBC started filming its documentary ‘Young Vets’. A friend in my rotation group had been picked to be in the show and her first day of filming was on an equine rotation. She wasn’t keen on horses, but I loved them, so she asked me to stay close to subtly step in if she needed help. Inadvertently, I was caught on some of her footage.

Some while later, I bumped into the show’s producer on a farm. I was covered in cow muck from learning how to trim hooves and she was scouting filming locations. We got chatting, and to my surprise, a few days later, I got an email saying that the producer had seen some footage of me and invited me to join the show.

It wasn’t long before a film crew rocked up and followed me, on and off, for the next 12 months.

I graduated in 2014 with honours, and a brain full of knowledge, skills that fascinated me, and a fantastic memento of my final year in the form of a TV show.

All through this time, I had continued to write my diary. I thought it might make an interesting book, so I pitched it to a handful of literary agents. I didn’t think much would come of it as I had no writing experience, but I also knew that doors don’t open unless you knock on them first.

Two days later, literary agent Andrew Lownie called me. He had recently been involved with a book entitled ‘Call the Vet’ and thought vet books were trending. He put me in touch with Caro Handley, a celebrity ghost-writer and together we wrote my first book, ‘Tales from a Young Vet’. The book was bought by publishing house Harper Collins. The experience taught me a lot about writing, and this was the start of my career as a freelance author.

'Doors don’t open unless you knock on them first'

I spent the first two years after qualifying alternating locum work with writing. I wanted to practise my clinical skills, but wasn’t sold on the idea of working in general veterinary practice full time, because I wanted flexibility. I also squeezed in some volunteering opportunities – working in South Africa, Uganda, Morocco and The Gambia, mainly with equids and farm animals.

The experience completely changed my outlook on life.

I am greatly thankful that I have a roof over my head, access to safe food and water (food that I enjoy eating and not simply food that I have to eat to survive), access to medical services and electricity, especially refrigerators (I never again want to be faced with a plate of rotten meat). We take these things for granted, but so many people live without them.

I continued to diarise my travels, which led to my writing my second book ‘Tales from a Wild Vet’.

In 2016, I married my wonderful husband, Jacques, and moved to South Africa with him.

I enrolled on a Masters degree in One Health through the University of Pretoria and the Institute of Tropical Medicine.

During my two years’ studying, I worked part time as a mixed species vet as well as doing some wildlife work (which I didn’t care for, as I was terrified of flying in a helicopter).

A couple of weeks after my viva exam my little girl was born and my job as a mum began. Being a mum is rewarding yet time-consuming, and I didn’t want to miss all her milestones by dropping her at a crèche every day.

During my maternity leave, I had a long and hard think about what I wanted to do and realised that flexibility was still at the top of my list.

Essentially, I now work for myself – doing a whole manner of vet-related things. For someone who loves variety, it’s fantastic – there’s definitely no monotony in my life.

I knew I wanted to do some work in clinical practice, but I wasn’t overly keen on the stress that accompanied emergencies – I just wanted to make animals better.

Using my training in Western veterinary acupuncture (gained shortly after graduating) and a certificate in pain management, I started up a chronic pain management clinic on a referral basis for local pets and horses.

This allows me to do house, stable yard, racetrack and clinic visits. I know what cases I’m seeing and when, and I enjoy being able to make a difference.

I can also help out doing first-opinion consultations when the referring practices are busy. This means I can still do a dental examination on an aggressive cat, or carry out a fine-needle aspiration on a wriggly dog.

I teach students about wildlife management as part of a university tourism course. I lecture and teach practical sessions on how vets fit into that world. I’m grateful that promoting my books involved public speaking, as I have never been great at standing in front of a crowd without feeling nervous. You can’t get over your fear by running away from it, and now I’ve learned to love it!

'For someone who loves variety, the career I have built for myself is fantastic'

I work from home too. I have continued with my writing on pet- and vet-related matters. This is my creative outlet and I mainly write content for websites, but I do occasionally write books; I have published 12 in total. I have also published several scientific publications, which I feel has been one of my biggest achievements.

I work part-time for a veterinary insurance company decoding vet jargon. Basically, I translate clinical notes into non-professional terms, which allows the company to make fair and impartial decisions on claims.

I’m still not sure how to use my Masters degree, or where my career might lead, but I know if I continue to learn new things, study what I enjoy, and work in positions where I feel fulfilled, then I’ll be as happy as I can be with my career.

Fundamentally, I just want to enjoy life and make a difference – who knows where I’ll end up as I travel further along my vet future.